Fantastic news! Together with Deltares we submitted a large project proposal in January to the EU H2020 Green deal call. This REACHOUT proposal has now been selected.

More about REACHOUT
REACHOUT has now started and will run until 2025. Read more about it on the project page of REACHOUT and on the website of REACHOUT.

Aim of the project
With REACHOUT we want to contribute to ‘climate resilient urban development pathways’: the development of resilient, climate neutral and adaptive cities. To achieve this we want to develop a ‘Triple-A-toolbox’ in seven City Hubs: six municipalities and one pension fund. These City Hubs serve as a driver for further use in the region and in the cities affiliated with Resilient City Network and C40 Cities. In the Netherlands we won’t focus on a municipality, but we will investigate with pension fund APG how tools and data can support the development of climate resilient investments in the financial sector.

Ad Jeuken (Deltares) and Hasse Goosen (CAS): “We expect that with this project we can translate the successful Dutch stress test approach for cities to other countries. At the same time, we can also gain a lot of knowledge in the other countries. And by changing the frame from what we don’t want (climate risks) to what we do want (climate-adaptive cities), we think the enthusiasm for adaptation and the need for tools and data will increase.”

Triple-A Approach
The Triple-A approach is inspired by the first three ambitions from the Dutch Delta Plan for Spatial Adaptation: ‘visualize vulnerability’ (stress test), ‘conduct risk dialogue and formulate strategy’ and ‘draw up implementation agenda’. These ambitions have been translated into the following three-stage approach:

Toolbox
The steps in the Triple-A approach will be supported by several tools. These tools must make the connection between user and data. The tools will be tested throughout the project and further developed in the seven City Hubs. We start as much as possible from existing tools, which are often the result of earlier EU projects. Ultimately, we develop a so-called Triple-A toolbox. This is the most important product of the project.

Scaling up
The results from the pilots in the City Hubs will be scaled up to various European cities that are part of the C40 Cities and Resilient City networks. In this way, we hope that other cities in Europe will adopt the Triple-A approach. In addition, the data platforms Copernicus and GEOSS, and EU institutions such as JRC and EEA will be closely involved in the scaling up. 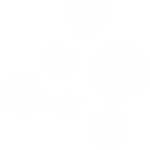